Nokia 3310is back in the market. This ionic phone had sold over 125 million units during its earlier launch. The phone had such a strong build that back in the time there were jokes that Nokia 3310 could survive a nuclear attack and If Lord Voldemort has chosen a Nokia 3310 as his Horcrux, He would have become undefeatable.
Well Jokes Apart, after the launch of iPhone in 2007, the meaning of phone changed to the core. Now the phones have become everything one could imagine a small pocket gadget to be – Camera, Gaming console, Computer, Communication device, satellite and what not. However, even after all this, there is a gap, this gap is an actual phone, which could be used for just calling and does not divert your attention luring you with its powerful computing speeds, 8 lens DSLR quality camera, 4G enabled Internet and apps which are capable of live tracking the airplanes.
Now, Nokia 3310 is what we call an ‘Actual Phone’, at a time when everyone is busy swiping his or her fingers on a glass screen. Team Retard Monkey has summarized everything you need to know about the return of this legend:

• Design would be same as previous Nokia 3310, but now it would be available in 4 funky colors (
• The all new Nokia 3310 would feature a 2.4-inch color screen which would have a polarize layer glass to make the screen viewable under direct sunlight.
• It would offer a 22 hour talk time and a month of Stand-by Battery life, more than 10 times of the original 3310
• Would have 2G (Thank God for this)
• Would have 16 MB internal memory which could be expanded by an external SD Card up to 32 GB
• Would have the USB charging port
• Comes with Snake game preloaded in the set, The most favorite time pass of masses in 1990’s. What’s more is now the Snake would be in color.
• Would also have some Old Nokia Ringtones in it (They were in fashion before the iPhone)
• The software and user interface are almost the same as original, just with few tweaks to increase functionality and usability,
• €49 (£41) is the global price tag (Nearly 3500 Indian rupees)
• Would Also have the LED flash which could be used as a torch too.
• Tell us whether you are also waiting for this classic? 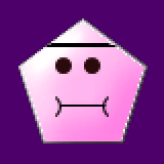